CazVid is a video-only platform for influencers to help their followers get jobs.  It is a free video-resume and video-job posting app.

You can earn direct and override compensation. 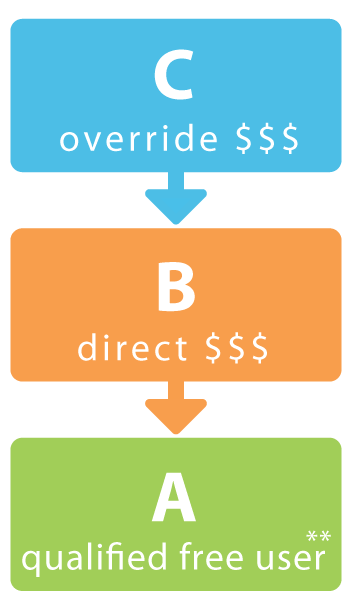 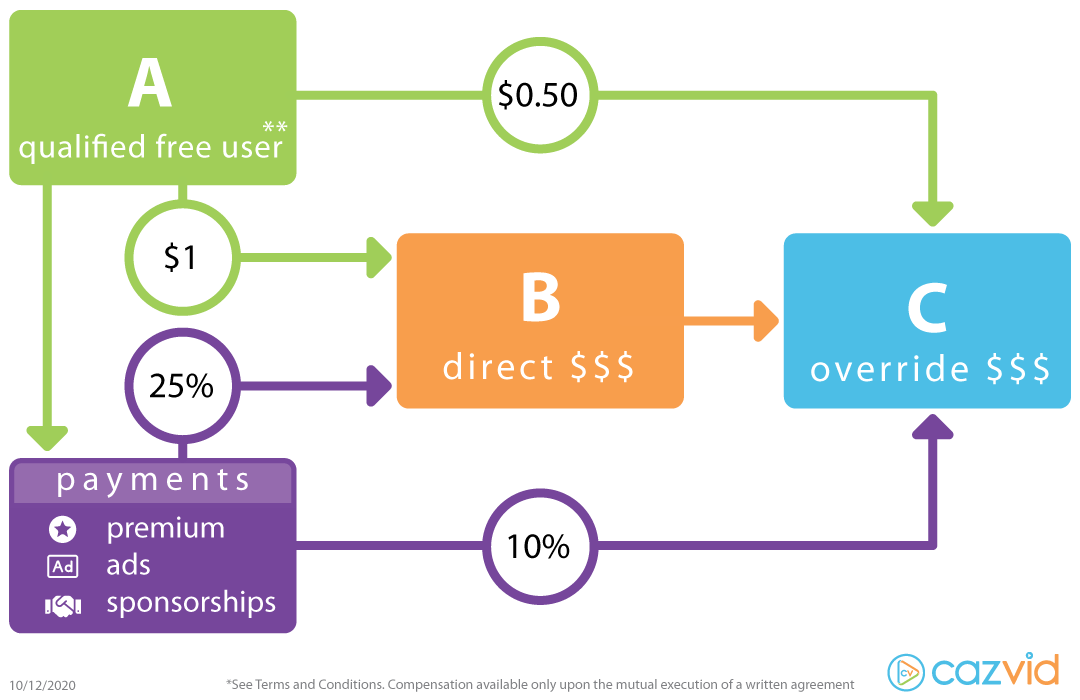 *See Terms and Conditions. Compensation available only upon the mutual execution of a written agreement

** Qualified User is defined as an individual who downloaded the app, recorded at least one relevant video (of looking for work or offering work), and published the video. At least one video of the Qualified User has to be approved by CazVid and has to remain live and shown (not hidden) when commissions and bonuses are being paid. Further, the video cannot be a similar video representing the same candidate or the same job opening of another active user and/or past user.

Compensation is not available for everyone. See Terms and Conditions. Compensation available only upon the mutual execution of a written agreement